In association with Northamptonshire RFU and Corby, Oundle and Thrapston School Partnership, we held an inter-house rugby tournament.  The tournament was held after weeks of specialist coaching in lessons from the coaches of Northants RFU.

Monday 13th December 2010 marked the first inter-house competition of the year. All boys in Years 7, 8 and 9 took part in the competition, which saw all the houses competing against each other.  The event was hugely successful and involved 100 students.

Despite tricky underfoot conditions the boys produced an excellent standard of rugby with some exciting, close scoring matches. Year 7 Glennie and Bourne boys played out an excellent final, with Glennie winning the trophy.  Year 8 Aardman ‘Team A’ and Aardman ‘Team B’ played out their final match with Aardman ‘Team A’ eventually conquering, and lastly Year 9 Hepworth ‘Team B’ beat Hepworth ‘Team A’ in their round of the final.  All finalists received a medal and the wining captains were presented with magnificent trophies.

A fantastic time was had by all involved and NRFU coach commented ‘It is always a pleasure to coach at Kingswood school. The students were fiercely enthusiastic and a credit to the school.’

Well done to all students involved and we look forward to this being one of many other house sports events on the calendar! 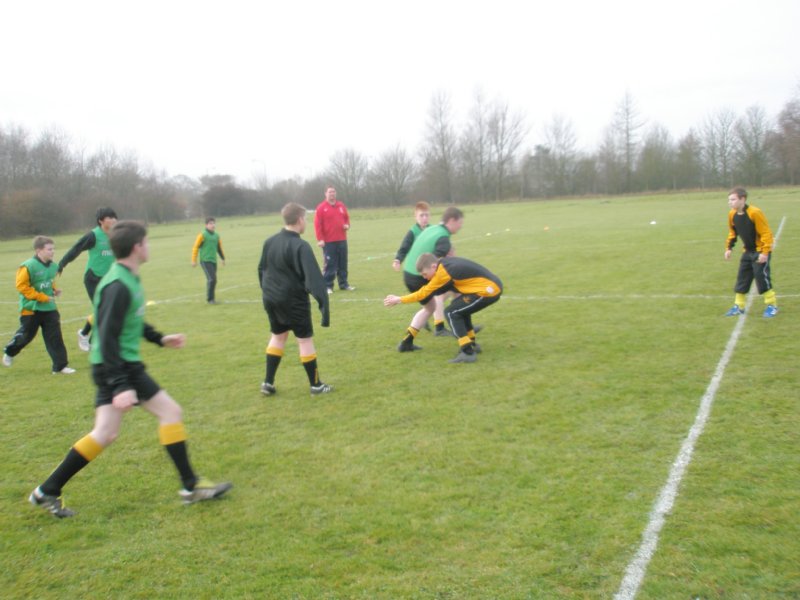