The event was staged to showcase Science activity and education, and involved a series of talks and activities to allow students to experience Science in the modern era.

Here is one student's report about the trip:

We left school at 8.30 to travel to Birmingham.  As it was an event where lots of schools would be we had to travel in our school uniform.  The journey took about an hour and we arrived at the Think Tank building in Birmingham.  There were lots of schools there and it took a while to get off the bus and go into the building.  First we went to listen to a talk about Darwin, and how different creatures had evolved over the years.  We had to get involved with some of the activities, but I particularly enjoyed the 'Survival of the Fittest' one where we had to grab hold of as many worms as we could.

We then went to have a look round the galleries in Think Tank.  There was a lot to see and do.  We could try out things there.  One involved helping with an operation to replace a hip joint!  Our patient survived, but only just!  It helped me to understand about the human body and how it works.

After lunch we went to the IMAX cinema to watch a film about Dinosaurs. This was in 3-D and it really felt as if you could touch the creatures. It explained about how fossils help us to understand how things have changed over the millions of years that the earth has been here. 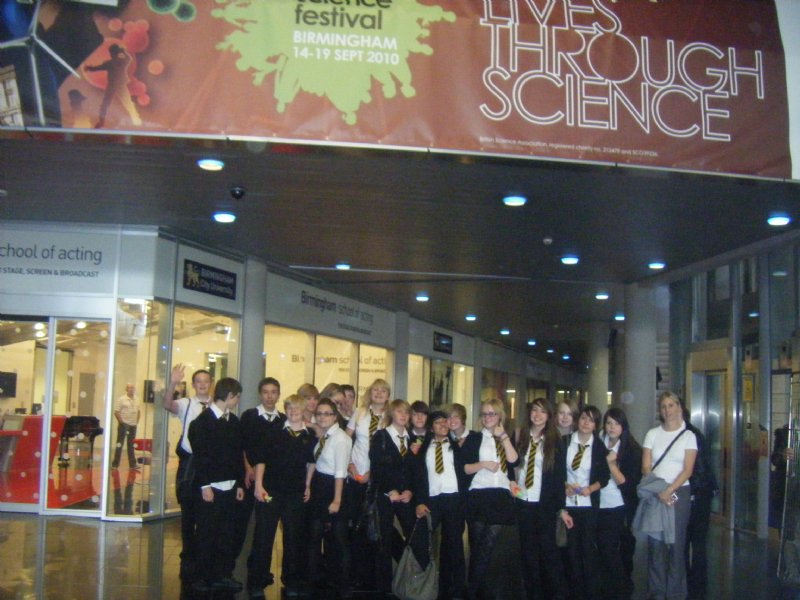