Jade Swan, Year 13, has been nominated for the Northamptonshire Police Young People of the Year awards.

Her efforts as a role model for young people have prompted Marian Anderson, youth involvement worker with Connexions, to nominate Jade for the award.

She said: “Jade deserves recognition for the sheer amount of activities she is involved with. She represents the good in so many young people rather than those who unfortunately represent the bad minority and get too much coverage.”

As an award nominee Jade is in with a chance of winning the top prize of £1,000 from a prize fund of £2,000 put up by Northamptonshire Police and other sponsors.

As part of the Youth Action Team she took part in a six-mile Sports Relief run and raised money for Meningitis Research. We wish Jade the best of luck and look forward to hearing the results.

Only this week, we were further delighted to hear that Jade picked up two awards at a Science presentation in Northampton.

Last Summer, Jade won a Nuffield Bursary to allow her to undertake some scientific research. Jade worked with a high degree of independence at SATRA, to evaluate materials and their resistance to venomous snake bites.

Jade gave a public presentation of her research to an invited audience at N.C.C. Britannia House last Tuesday and was presented with two certificates reflecting her success in winning the bursary - one of only ten in the County - and a Gold Crest Award for the independent work, report and presentation. 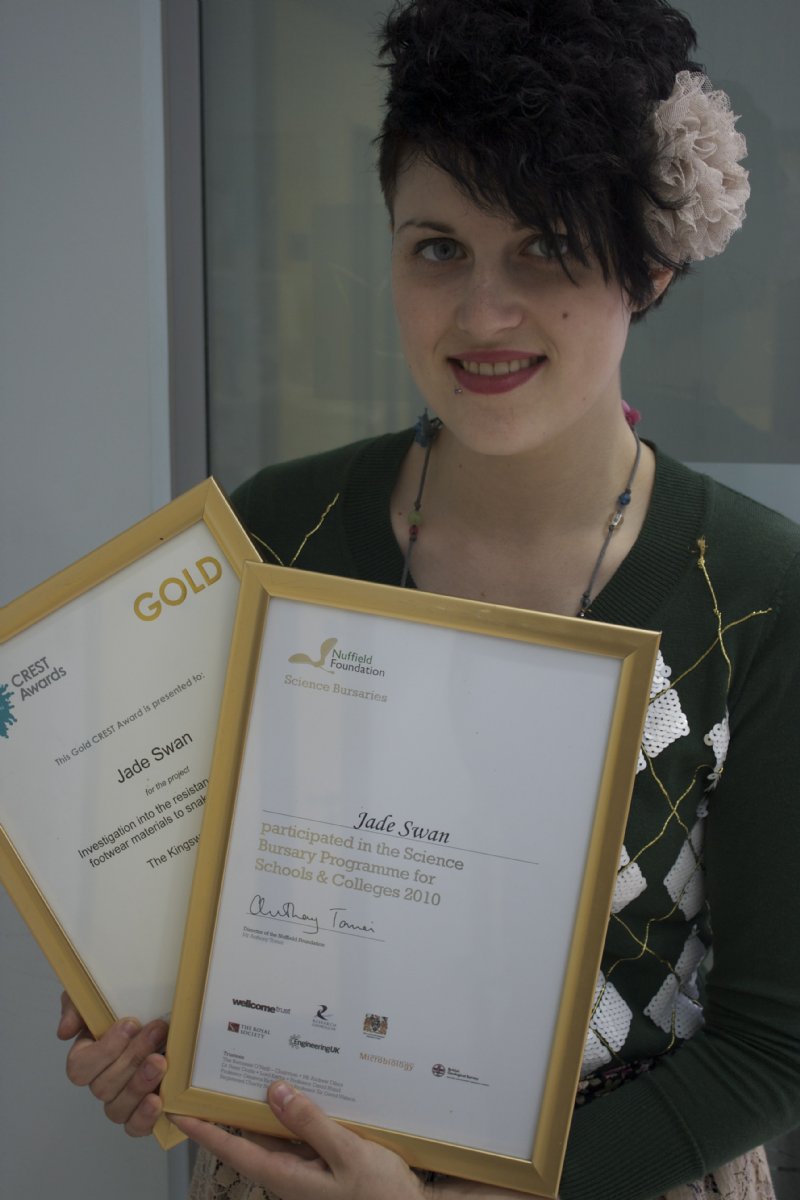