On Thursday 22nd April 2010, forty-eight lucky Year 7 students were given the opportunity to visit the National Space Centre.  Each student was hand picked by their Science teachers, as a reward for an impressive improvement in work, attitude and behaviour.

The National Space Centre is the UK’s largest visitor attraction dedicated to space and space exploration, welcoming around a quarter of a million visitors each year since its opening in June 2001.  The National Space Centre is the brain child of the University of Leicester and Leicester City Council and was the subject of a joint bid to the Millennium Commission as a Landmark Millennium Project for the East Midlands.

Over recent years, the centre has hosted an amazing variety of events - ranging from visits from legendary astronauts such as Buzz Aldrin, Helen Sharman, Michael Foale, and Piers Sellars to various events such as ‘Star Wars’ and ‘Doctor Who’.  It continues to evolve through the development of new galleries, Space Theatre shows and experiences created for a diverse audience.

The participating students gave the following account of the day:

'After an eventful coach journey, where Mr Powell almost deafened everybody and Mr Willis went scrounging for sweets, the group arrived at the Space Centre in awe of the huge space rocket visible from outside.  Everyone had a lot of fun walking round the various galleries on the universe and planets in our solar system.

Both students and teachers built rockets, watched a launch, manoeuvred hovercrafts, mined for rocks on Mars, presented the weather, went on their very own space mission, and experienced weightlessness on the moon!  The giant dome show about the planets was amazing, and the gift shop was full of fantastic galactic goodies.

The trip was a huge success and everyone who attended had buckets of fun. We would like to thank the Science Department for all their efforts in organising it.' 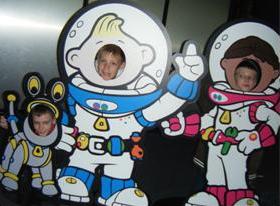 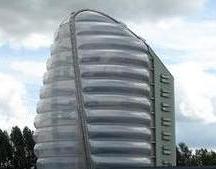