A central arena hosted stands and displays put on by the Army, Royal Air Force and the Royal Navy. Military vehicles ranging from tanks to helicopters were there for students to clamber aboard and there were also many stands where students could get up close and personal with equipment that is currently being used within the Armed Forces today. 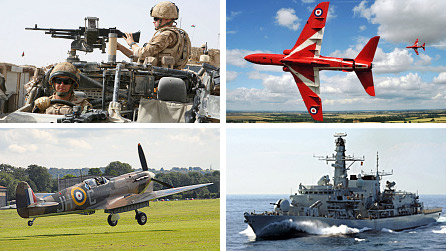 n all three forces and try their hand at a number of tasks. These included climbing walls, a shooting gallery and stamina runs hosted by the Royal Marines. At the time of our leaving it was two Kingswood students who had achieved the top two highest scores on the stamina run! The worst of the weather was avoided and a good day was had by all.