Eight teams of boys from Year 7 and eight teams from Year 8 played each other for the right to play in the grand final.  These matches were played after weeks of specialist coaching in lessons from the coaches from Northants RFU.

Despite tricky underfoot conditions and a freezing wind, the boys produced an excellent standard of rugby with some exciting, close scoring matches.  7HS and 7LJC played out an excellent final with 7LJC winning the trophy.  8NA and 8DB competed in the other final with 8NA winning a hard fought match.

All finalists received medals and the winning captains collected magnificent trophies.  It is hoped that the teams will now go on to represent Kingswood in the County Cup.

Two boys were chosen as ‘Man of the Match’.  Patrick Campbell from Year 7 and Sonny Doherty from Year 8. 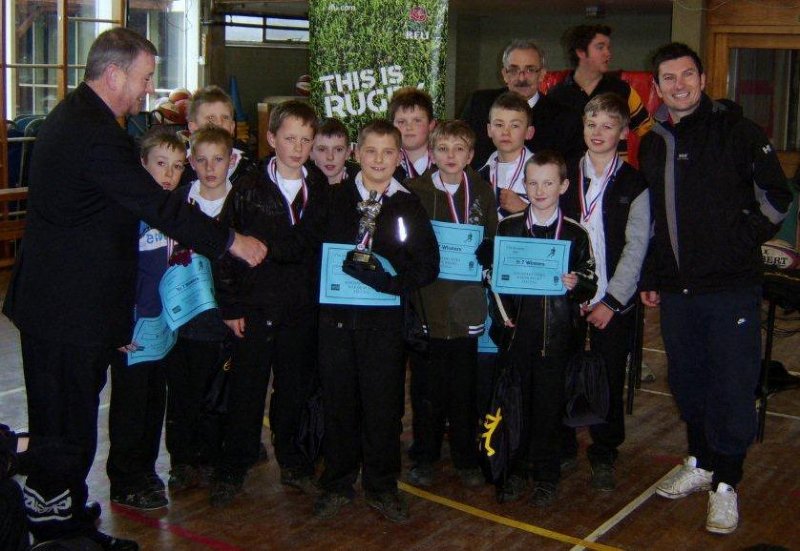 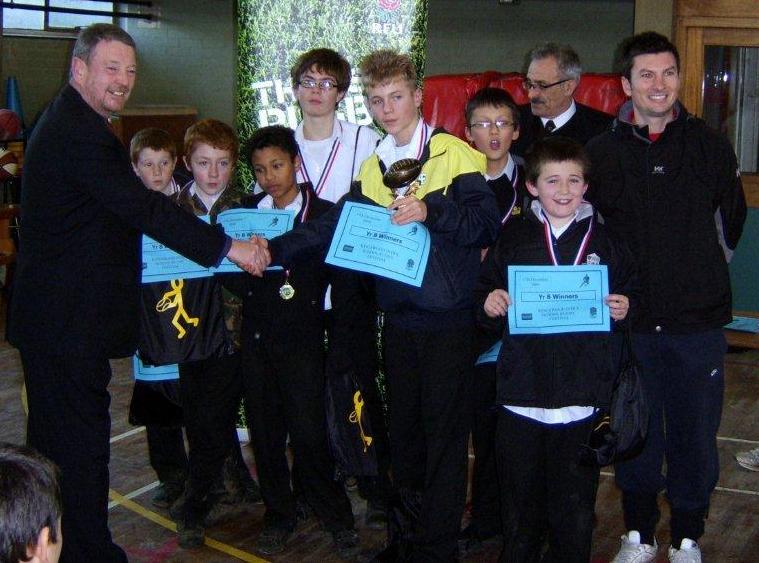